Review: 'Till Apples Grow on an Orange Tree' 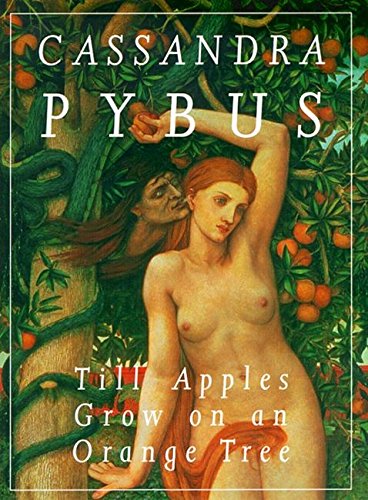 It is a wonderful name, and the cover, showing ‘Eve Tempted’, matches the title alluringly. As it happens, neither title nor cover has much to do with what’s within. While never quite making the claim, the book is presented as a memoir. One detects a degree of legerdemain on behalf of the publisher to whom selling is the name of the game and memoir, no doubt, a better bet than re-heated essays.

It is obvious that the book was not conceived as a whole. Six of the nine essays have appeared elsewhere and in other contexts, and little effort has been made to knit together the parts. The three previously unpublished pieces fill in the picture, but the product remains ungainly.

The book opens in almost novelistic style with the recollection of a tragic love affair that earns its frisson from a lurid if tenuous connection to the unsolved murder of a child, and the gruesome suicide of the third part to the triangle. Soaring expectations of high drama are brought back to earth as next we descend on Snug in Tasmania where Pybus’s family has lived for six generations. What follows is a charming account of rural life and family, father and daughter, of leaving and returning from and to what must be one of the best secreted Edens in Australia – and with such a befitting name. One understands, though, how young people would want to leave a place with a name like that, if for no other reason.

Pybus’s father took flight, and Cassandra with him. She grew up in Sydney, a restless soul in search of appropriate causes. Feminism won the day and led to a position with a high profile in the gender industry where in time, unhappily, Pybus came to question the assumptions she was living and breathing as a femocrat. GIRLS CAN DO ANYTHING, said the poster on her wall, but Pybus began to wonder why it should be better, inherently, to be a mechanic than a nurse. We see her, briefly, with Helen Garner, doubt is she is still a feminist and thinking perhaps not, while Garner stays silent. In the late eighties, Pybus is recovering from her crisis of consciousness and, reunited with her first love, retreats to rural life and writing in Lower Snug.

‘Oyster Cove’ is my favourite essay in the book. We learn of the first Pybus who took up a large grant of land on Bruny Island in 1829. Cassandra Pybus, descendent and historian, recounts with warmth and humanity the tragic tale of how the Tasmanian Aboriginals were deposed from their land by her forefathers. Saturated as the account is with her own obvious and sincere attachment to the place, the suffered loss is given form and feel. The essay sets a tone of irreconcilable conflict that throbs through the book.

Other concerns are brought forward in other essays. Pybus marched in the Vietnam Moratorium marches, but carefully, so as not to put at risk her return to the US for post-graduate study. Later she travels in Sarawak, where her book White Rajah is set, and laments the indiscriminate logging and the displacement of indigenous people for the construction of great dams to power the industrial development in Malaysia. Still more recently she ponders the complex ethics of tourism at Port Arthur where money for long has been made from man’s inhumanity to man, a custom that seems likely to continue in spite of the recent horrible hiccup which re-ignited latent moral scruples and exposed the inherent conflicts.

‘Lottie’s Little Girl’ is a delightful essay. It confirms the perception of a deep romantic streak in Pybus. As a historian, Pybus tries to disentangle from mere myth the links to Tasmania of the actress Merle Oberon. Though ‘the truth’ remains shrouded, Pybus’s quest provides intriguing glimpses of Tasmania’s multicultural past.

‘Reaching Atlin’, the last essay of the book, is inspired by a woman who walked all the way from New York to Russia in the late 1920s. It is an ungainly piece, part travelogue of Pybus in Alaska and part, picking up pace, a historical reconstruction of an amazing adventure.

As a recollection of essays, the book is uneven, ranging from the enchanting to the flat and flawed. What I missed particularly was acknowledgement of the latent parallels in the disparate pieces. People dispossessed was a recurrent theme – the tribes in Sarawak, the Tasmanian Aboriginals and the long-time residents of Port Arthur. While Pybus is passionate, she gives off heat more than light. Outraged as she is, she seems not to waver when Dr Mahathir accuses Australia of hypocrisy over the dispossession of people for development. The parallel is obvious to her own ancestors who did the same a little more than one hundred years earlier. We in the West may regret the wrongs of the past, but moral positions are tenuous as we live off the proceeds.

The book loses out by pretending to be what it is not. Rather than Pybus emerging from the pages – as could be expected from a memoir – she keeps her distance and, even as she sparks, is ever the scholar and observer. What we find are the issues that concern her, but no effort has been made to meld the pieces into the world-view Pybus as a person clearly holds.